The University of Antique, formerly known as Polytechnic State College of Antique (PSCA) and Antique School of Arts and Trades (ASAT), was established by virtue of RA 857 approved on January 19, 1954 through the efforts of the late Cong. Tobias A. Fornier. 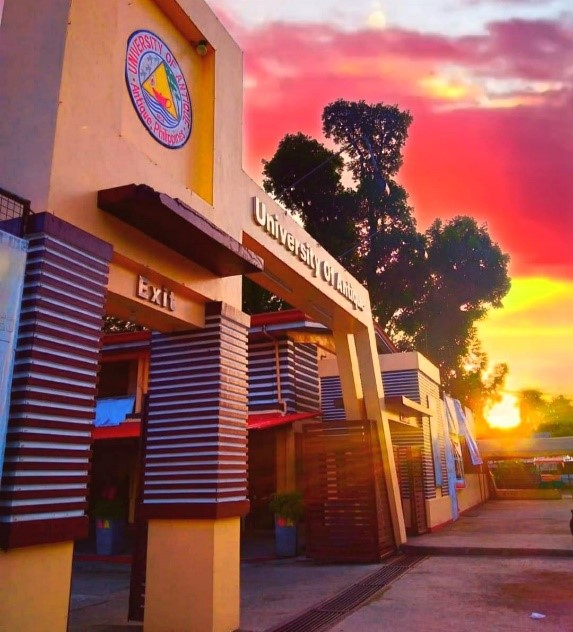 A five-room building made of bamboo and nipa was all it had a few months after it was established. Indeed, it was not made to last a decade. In July 1956, typhoon “Delta” destroyed it to the grounds, yet the destruction of the building did not crush nor dampen the spirit of unrelenting teachers and staff under the supervision of Superintendent Fermin Taruc Jr. The beginnings of this institution maybe humble, yet the people who founded it and strived hard to make it grow are illustrious.

One of greatest achievements of Cong. Tobias Fornier in his stint as representative to congress, for which he is greatly and strongly remembered, is ASAT. The school did not have a permanent site and building hence, Mayor Santiago A. Lotilla immediately took initiative in donating land where the school is now permanently located. Many benevolent Sibalomnons followed suit. When construction commenced, men and women work in shifts, all generous with their time, effort, material resources and moral support.

The founding years was the time of big dreams and indomitable spirit to pursue these dreams. The struggles to overcome the challenges or clearing the grounds, leveling the hills, steadying the posts, rebuilding devastated structures and providing enough accommodation to the growing numbers of students were never more than the determination and fortitude of the pioneer administrators, teachers, students, supporters and the community. Among the administrators and important people responsible for securing the foundations of the school were Supt. Hilarion Agustin, Supt. Gil Tenefrancia, Supt. Rogelio Cachuela and Supt. Victor Blacer.

The turbulence in political scenario in the 70’s and changing tides of socio-cultural events shook the foundation of young schools like ASAT. Yet, instead of giving in to the menace, ASAT was propelled to function. In 1970’s, the school specialized in ceramics, a field which added reason for its existence. ASAT rose to prominence when it was acclaimed as one of the best ceramic schools in the country. The creativity of Mr. Donato Jr. was given honor. Behind him was the support of the people like Supt. Adriano S. Sullesta, and Mr. Teopisyo Umpad.

The school was like a humble day, supple and formless, yet when in the hands of an artist, it became a masterpiece. The artistry of the Sibalomnons was expressed in the productions of figurines and pottery. Art, like any other noble pursuit of noble minds, gave wings to the spirit of exploration and higher achievement. Towards the end of 70’s Supt. Godofredo E. Gallega was given the reins of administering ASAT after the term of Supt. Adriano Sullesta.

With the support of Assemblyman Arturo F. Pacificador who passed Batas Pambansa blg. 912, ASAT took an ambitious step. It was converted into a college on November 14, 1982 and from then on, it was known as Polytechnic State College of Antique. The conversion of the school is not only the change in its name but it also dared more impressive changes in its buildings, grounds, physical structure, facilities, and equipment. It enjoyed improvements in curricular offerings, structure and administration, faculty qualifications and training programs, and programs and thrust.

The decade of conversion was the time of renewed visions and directions. It was the time of hope. It was a happy era of cultural revival as well as euphoric decade of freedom fought in. The byword of 90’s was expansion. This expansion was not only in college’s growing population, curricular offerings and facilities but also in its thrust and programs. The idea of expansion brought with it the challenge of accreditation. The seven areas of its operation were expanded into twelve and later on, were subjected to closer scrutiny to bring the college to the level of excellence. This was the time that the word “excellence” was taken to heart and made an ever-present tenet in the school life. It was a time when the meaning of excellence made the essence of its existence. It was also the centennial of the Philippine revolution, thus, awaking the nationalistic spirit of the majority of the citizens. 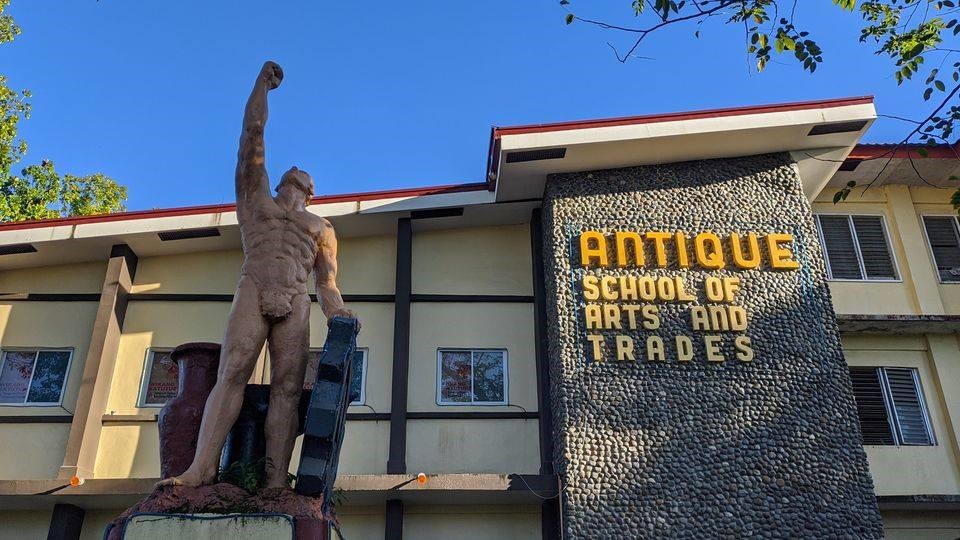 The decade was not only the expansion of thrusts, from the mere instruction to the triumvirate of instruction, research, and extension but also the years when tertiary schools were integrated with PSCA, thus giving birth to daughter campuses in Hamtic (formerly ACA) and Tibiao then TLMASOF.

The year 2000 is the year of jubilee, the turn of new century and the ushering of new millennium. The citizens rejoiced in having reached a new epoch of eternity, they rejoiced that PSCA has turned fifty!

Time has passed swiftly, PSCA was invigorated with new vision and hope. The last struggles and victories strengthen them as they rejoice in their success. They were ready to take leap to reach university status. In the past, PSCA is never alone in its dreams. Former congressman Jovito Plameras helped PSCA shape this dream which was later pursued by Cong. Exequiel B. Javier.

Meanwhile, on March 2005, Dr. Godofredo E. Gallega was appointed president of TCP-Manila; therefore, Dr. Benny Palma the ASU President then temporarily served as OIC-President until Dr. Victor E. Navarra was chosen as the second President and assumed his duty on March 25, 2006.

The struggle in converting UA into a University continued for many years even during the time of Gov. Salvacion Z. Perez.

Finally, on November 10, 2009, during the incumbency of Congressman Exequiel B. Javier, Pres. Gloria Macapagal-Arroyo signed RA 9746, converting PSCA into University of Antique.At last, the dream has come into reality. It was a very glorious day for UA community and for Antiqueños as a whole.
.
Since its conversion into a university, UA’s population has increased significantly; thus, this requires more instructors, more classrooms and other facilities to accommodate the increasing number of students and the demands of the people.

UA is undergoing a lot of changes and development. It envisions to become a leading university